Kelsey has been working with me at Green Ivy, and is a wonderful instructor. Here, she shares her thoughts on the myth of multi-tasking:

The scene is familiar: after putting in your password and waiting for your email to load, you review the daily headlines, check out the Twitter feed and maybe even look up the weather forecast. Halfway through a list about the health benefits of avocados, you realize you’ve forgotten why you needed to send an email in the first place!

The ability to multitask is often touted as a highly desirable quality, as it supposedly represents an impressive efficiency to juggle numerous tasks. It’s assumed that frequent media multi-taskers absorb information more quickly and can adapt to new tasks with greater ease. In reality, though, a range of research suggests quite the opposite.

In 2009, Stanford professor Clifford Nass and his colleagues concluded after a series of experiments that multitasking is bad for the brain. In the study, the researchers separated subjects into two groups: heavy and light media multi-taskers based on the average number of media a person consumes simultaneously. Then, they performed a series of tests to compare cognitive skills between the two groups.

Tests revealed that high media multi-taskers struggled to filter out irrelevant information when attempting to complete a task. Furthermore, high multi-taskers were slower at switching back and forth between tasks because they couldn’t help but think about the task they were not doing. Overall, the Stanford researchers found that subjects who were high media multi-taskers were more easily distractable, poor at retaining information, and worse at switching back and forth between tasks.

It seems there is truth in the old adage, “less is more.” 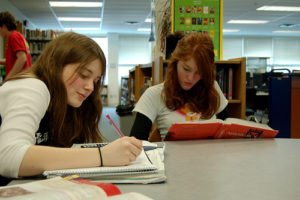 At Green Ivy, we ask students to set aside two-hour blocks at a time, during which they focus solely on schoolwork. During this block at home, we encourage students keep the phone away in another room, and suggest that no other screens (television, computer) interfere, either. To ensure that students are not constantly thinking about the social media notifications they are missing, students delay making posts until after the homework block concludes. Once the designated time is over, students are free to use their time as they please. Many parents and teachers wonder how we are so successful at helping students change their habits, and in truth, students are so amazed by their productivity once the distractions of Twitter, Instagram, Snapchat, and text messaging are removed that they are more likely to make the changes on their own(it takes time, though!)

McGill professor and neuroscientist Dr. Daniel Levitin offers further research on the cognitive costs of multitasking. In a recent article for The Guardian, Levitin discusses the dopamine-addiction feedback loop that multitasking creates. Through chemical bursts, competing activities reward the brain for continually searching for novel information, which Levitin calls the “ultimate empty-caloried brain candy.” As a result, he writes, “instead of reaping the big rewards that come from sustained, focused effort, we instead reap empty rewards from completing a thousand little sugar-coated tasks.” When your teen surfs the Web and jumps from Reddit to Tumblr to Twitter and back again, the process is akin to encouraging sugar addiction.

To read more about online activity and how it impacts executive functioning, check out Nicholas Carr’s Pulitzer-nominated book, The Shallows: What the Internet Is Doing to Our Brains. To listen to Science Friday’s interview with the late Cliff Nass on NPR, check out: http://www.npr.org/2013/05/10/182861382/the-myth-of-multitasking.