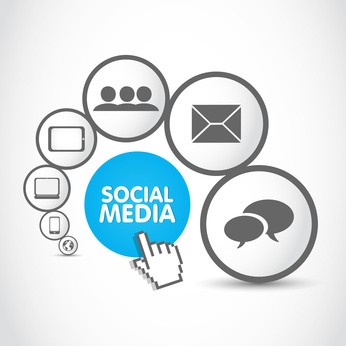 I definitely do not like evoking fear in parents, but a few recent instances have created a stir in my hope for increased awareness around pre-teen and teen social media use. A few weeks ago, New Yorker culture editor Michael Agger wrote a piece on Minecraft, the online game whose developer was recently sold to Microsoft for a whopping $2.5 billion dollars. Agger wrote how his children play Minecraft, and espoused the game’s ability to help young people develop those all-important visual-spatial integration skills. He also called Minecraft the “shredded wheat” of online gaming for its apparent wholesomeness. For those who have never spent hours building and developing a virtual property on Minecraft, the game allows players to move pieces around and build buildings, gardens, etc to create their own cohesive community. In many senses, I could easily see how it could be seen as a simple, wholesome, educational, and fun game – and in many respects, it is!

Last week, a student of mine, who is an active Minecraft devotee, showed me the basics of the game. From the moment he signed in, he started to receive greetings from people from all over the world. It was like an online “Cheers” where everyone knew your name. When he showed me the building he was working on, he pointed out the virtual person across the way simultaneously working on another project. He was bombarded with messages, and quickly answered them all with precision and grace. I was initially surprised at the number of messages coming from girls, and then realized that Minecraft also has many female devotees. Those who focus on the Minecraft’s ability to test and improve spatial integration skills can easily overlook the game’s social aspect.

I say all this because we have seen more and more instances of young girls (and boys) meeting older adults posing as teen players through Minecraft. For all its “shredded wheat” sensibility, there is the very real sense that it is an online world open to many, and the shared focus on project building can give a false sense of security when there shouldn’t be one. Child predators have been known to use online games, including Minecraft, as a way of luring children. The sense of camaraderie of playing an online together often creates a false sense of community or intimacy that can be build up over time.

It’s not just Minecraft, though. Over the past year, I’ve been visiting middle schools and high school to give presentations on the latest social media sites and apps students are using. At most schools, I encourage the administrators to give a brief survey I’ve designed to see what students are actively using at their school, and know usage varies widely from school to school as well as within a grade level. In each presentation, I ask parents to raise their hands if they learned about an app or social media site that they hadn’t known about before – apps like Kik, Snapchat, Tinder (yes, approximately 10% of Tinder users are between the ages of 13 and 17). At every presentation so far, every parent in the room has raised their hand. Even among those who have heard of the sites, very few have taken the time to download and see how the app actually works (the same can be said of school counselors and administrators).

If we want to really help our children navigate the social media minefields, we need to improve our own awareness and understanding. It’s not all bad, but it’s not all good, either. Many social media apps and sites have added new features within the last six months, so even those who were aware a year ago have new features to understand. For example, Snapchat and Instagram have both added a video feature. And while none of those features are necessarily evil or promoting poor choices, we do need to be more aware of what exactly our pre-teens and teens are using today.

An easy first step: have your children become the teachers, and teach you all about every social media app on their phone.

Or, start by asking them what their friends are using – they may be less likely to want to tell you what they are using, but most are happily to tell you what others are doing. Let them talk, and be curious. Ask open-ended questions without judgment, and listen to their responses. Talk to them about choices, and offer hypotheticals. It’s likely you’ll learn something that you never knew before.