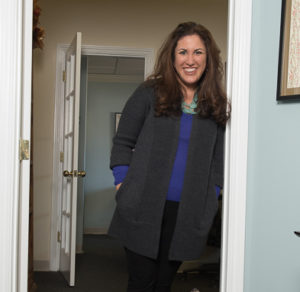 A few weeks ago, we celebrated our 16th anniversary at Green Ivy Educational Consulting. Truth be told, this has been an incredibly busy fall. It wasn’t until a Facebook memory popped up in my feed reminding me of a past year anniversary that I stopped and took note. #thanksfacebook

We’ve had a lot of wonderful things happen over the last sixteen years, and being located in the heart of the Silicon Valley has certainly made things uniquely interesting. In my latest book, SOCIAL MEDIA WELLNESS, I talk about how when I started this work helping teens with organization and time-management there was no Facebook, Instagram, Snapchat, Musical.ly, or tbh. Google was still in relative infancy, and most of us still had AOL and Hotmail email accounts.

I was in NYC last month and did the photoshoot and interview for this profile with MM.Lafleur. In the profile, I discuss how my work began, and it was a good reminder of how much has changed, and how far we’ve come, and how it all began (by accident, really). When I visit schools today, I often mention how when I was in college, I knew I wanted to do work that allowed me to write, to help people, and to travel – and that today my work allows me to do all three.

Sometimes, it can be hard to remember how far things have come over time, and we rarely step back and recognize what we’ve accomplished – big or small. I came across this Quartz article on organizational psychologist and UPenn professor Adam Grant’s (Originals, Give and Take) simple trick for enjoying success. I laughed because I have been doing something similar for years, and have found it works for me as well. 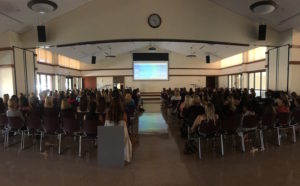 His method involves turning back the dial five years, and doing mental time-travel to view present day achievements using past expectations as context. Like, five years ago I would have been thrilled to be on a 20 city book tour for my third book, have several pieces in national outlets like the NYTimes and Washington Post. But settled into today’s reality, I can be hard on myself for not writing enough, for getting enough done, or something not being enough. The trick works, in part, because it focuses on the Carol Dweck’s growth mindset, and what we can do to recognize that everything is an opportunity for growth and development.

Looking back, I always think about some – not all! – of the highlights that for me are key markers in my work (even if I didn’t realize it at the time):

2001 – Starting to work with middle school and high school students

2004 – First office in downtown Los Altos, which meant I thought I was going to do this for longer than a minute

January 2008 – NYTimes article on “Giving Disorganized Boys the Tools for Success” comes out, ends up being one of the top five most emailed articles, receive hundreds of emails, and write a book proposal

January 2010 – THAT CRUMPLED PAPER WAS DUE LAST WEEK is released 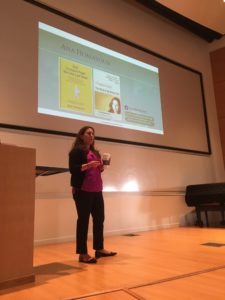 November 2012 – Book trailer for THE MYTH OF THE PERFECT GIRL

December 2012 – THE MYTH OF THE PERFECT GIRL comes out

June/August 2017 – Articles on “The Secret Social Media Lives of Teenagers” and “How to Help Kids Disrupt Bro Culture” come out in the NYTimes, Washington Post advanced coverage

Clearly, there have been no overnight successes. I keep returning to that, especially because it can be easy for me to notice – and feel annoyed and somewhat guilty about – the nearly five years that seemed like an eternity between my second and third book. There were so many times when I felt that book was never going to be done. I am so proud of how SOCIAL MEDIA WELLNESS provides a solid framework for teachers and parents that I couldn’t have developed several years ago, so in reality, the timing was perfect. Today, I realize (and accept!) that the book in its current iteration could have never been written two, three or four years ago.

For me, December has always been a time to reflect on all that has happened (the amazing, the awesome, the not-as-awesome, and the downright stressful). 2017 has been intense for many of us for so many different reasons, but this little trip down memory lane reminds me of how many wonderful things have happened over the years. I hope in looking back you are able to use the trick of time-travel to help you realize the amazingness of incremental progress.

And, to all who have walked through the Green Ivy offices, supported our work through the years, came to a book talk, and offered encouragement and kind words – thank you.